by Kristin Schwab via dancemagazine.com

No, you’re not imagining it: Ballet is everywhere these days. In ads, in music videos and on TV.

And with an increase in dance coverage hopefully comes an increase in dance knowledge. Just how did all these dancers actually become dancers? Even I, long past my eager pre-professional days at the barre, still find myself fascinated with how different students train around the world.

So is the staff over at Teen Vogue. Last year, the magazine debuted the first season of its web series “Strictly Ballet,” which followed students during their final years at the School of American Ballet. This time around, we’re getting a look at dancers of Miami City Ballet School. There’s Mayumi Enokibara, who left Brazil in hopes of joining Miami City Ballet; Valeriia Chaykina, who left the Vaganova Academy in Russia with dreams of working in the U.S.; and Carlos Valdés, whose whole family moved to Miami from Cuba in support of his dancing. We watch a total of six students deal with injuries, the job hunt and the college versus company struggle. If you’re a binge watcher like me, you’re in luck. All of Season 2 is online.

And don’t forget about Dance Magazine‘s new series that follows a professional dancer during a full day of work, from dawn to dusk. The first episode is with New York City freelancer Melissa Toogood. We’ll be releasing new videos soon.

With generous prizes, excellent programming, a very favorable rate of acceptance (last year a whopping third of submissions got in), free lodging and transportation, and field trips around Poland—all that for no entry fee—submitting to the American Film Festival may as well be a no-brainer.

“One of those regional gems that gives me faith and hope for the future of independent cinema,” says Michael Tully (Ping Pong Summer) of AIFF. The festival’s passionate audiences are cultivated at nightly AfterLounge parties, open to all. And its strong student film component expands this year with the high-school PridePrize for a LGBT-themed film.

Atlanta Film Festival holds an annual Creative Conference and a multiple-day retreat for screenplay competition winners in addition to its main festival. Distributor turn-out is solid, with films likeMetalhead and Bad Turn Worse acquired in 2014. To provide filmmakers with travel compensation, the festival runs an annual Kickstarter campaign; donor rewards include a spot on an audience award jury.

Austin Film Festival attendees experience an open forum with panels and workshops (over 170 of them) featuring guests like Paul Thomas Anderson and Vince Gilligan. The environment assures that “every filmmaker, registrant, panelist and awardee goes to the same parties, eats at the same restaurants, drinks at the same bars,” says festival staffer Harrison Glaser, which means the festival is “all about networking.”

Eighteen percent of submissions were accepted to BendFilm in 2014, which aren’t bad odds at all. Throw in a mountain range backdrop, cash and camera package prizes, a newly established filmmaker residency program and work-in-progress workshop series, and “more craft beer, wine and spirits than our 125 visiting filmmakers could drink” (Todd Looby, festival director).

Big Island Film Festival’s spirit of ‘ohana (or family) provides for an extremely welcoming festival experience, so much so that alumni keep in touch long after the fest. The comfortable island setting and Fairmont Orchid venue means informal networking from the shores of the beach to the local eateries.

Set in the Nordic-Baltic region, Black Nights presents the best of international cinema; last year’s edition featured the Oscar-nominated The Theory of Everything and local favorite Tangerines. In addition to the comprehensive “Industry @ Tallinn,” a week-long film summit attended by 40 distributors, the festival will launch a corresponding sales summit this year. 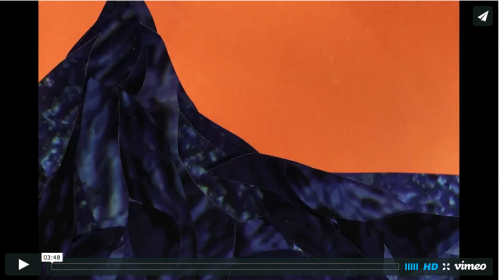 The Biophilia hypothesis asserts the existence of a fundamental, genetically based, human need and propensity to affiliate with life and lifelike processes. Consider, for example, that recent studies have shown that even minimal connection with nature—such as looking at it through a window—increases productivity and health in the workplace, promotes healing of patients in hospitals, and reduces the frequency of sickness in prisons. Other studies have begun to show that when given the option, humans choose landscapes such as prominences near water from which parkland can be viewed that fit patterns laid down deep in human history on the savannas of East Africa. Wilson (1992) points out that people crowd national parks to experience natural landscapes, and ‘‘travel long distances to stroll along the seashore, for reasons they can’t put into words’’ (p. 350). According to Wilson (1984), the biophilic instinct emerges, often unconsciously, in our cognition, emotions, art, and ethics, and unfolds ‘‘in the predictable fantasies and responses of individuals from early childhood onward. It cascades into repetitive patterns of culture across most or all societies’’ (p. 85). Thus, what makes the hypothesis particularly important is that it provides an overarching framework by which new scientific ground across many disciplines can be charted that bear on understanding the human relationship with nature. Written by Peter H. Kahn, Jr. Read the full thesis Here.

An Interview with E.O. Wilson and Peter Tyson, Editor in Chief of NOVA Online

I found that book incredibly rich. You get all these essays from heavy thinkers, people who’ve really thought about it.

That’s very true. In fact, there are specialists in aspects of this. For example, those who study the biology and the psychology of phobias quickly arrive at the flip side of biophilia. But I always wanted biophobias to be part of biophilia, because the evidence is that the response to predators and to poisonous snakes (which spreads out to snakes generally) generate so much of our culture: our symbolism, the traits we give gods, the symbols of power, the symbols of fear, and so on. They are so pervasive that we need to include biophobia under the broad umbrella of biophilia, as part of the ensemble that I mentioned.

What could happen to people, to society, if, despite your optimism, we continue to distance ourselves from nature and let our biophilia atrophy?

I don’t know. There’s now a lot of concern, even consternation, among not just naturalists and poets and outdoors professionals but spreading through I think a better part of the educated public, that we’ve cut ourselves off from something vital to full human psychological and emotional development. I think that the author of Last Child in the Woods, Richard Louv, hit on something, because it became such a popular theme to talk about that book [which posits that children today suffer from what Louv calls “nature-deficit disorder”] that people woke up and said, “Yeah, something’s wrong.”

To what degree do you think that emotional problems that many people today, particularly in cities, suffer from, like depression and anxiety, might be due to a lack of contact with nature?

I think it may have a lot to do with it. Psychologists and psychiatrists themselves seem in agreement on the benefits of what’s called “the wilderness experience.” To be able to [give this to] young people who may have gotten themselves all tangled up with their concerns about ego and peer relationships and their future and are falling into that frame of mind and becoming very depressed because they have such a narrow conception of the world. The wilderness experience is being able to get into a world that’s just filled with life, that’s fascinating to watch in every aspect, and that does not depend on you. It tells them that there’s so much more to the world.

I’ve never seen a test made of it, but I’d be willing to place a bet that among full-blown outdoorsmen, the birders and the fishermen, people who get out into the outdoors early and really love it, I bet there are fewer depressed people. That’s an interesting proposition to check out.